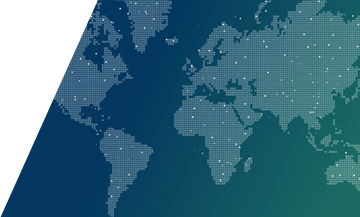 The pharmaceutical sector is experiencing contrasting trends across different regions. It is also facing multiple risks. Major payers, backed by public opinion, are calling for lower drug prices. Generic competition and the costs of developing new therapies are driving the sector’s leading companies to join forces in order to revamp their existing offerings, which is leading to a significant increase in corporate debt. The sector’s downstream business must deal not only with falling prices but also with high fixed costs, which eat into profitability. Meanwhile, as emerging economies grow more sophisticated, changing lifestyles in these countries are fuelling increasing prevalence of diseases typically associated with a sedentary lifestyle and a richer diet. As a result, payers in these countries are set to lobby harder for lower prices for therapies that offer effective results in improving patient health.

Pricing: a key issue for payers

Pharmaceutical pricing continues to pose problems for payers around the world, which, whether public or private, continue to be faced with therapies of which the costs take up a major part of their budget. According to BMI Research, a market research firm, global drug sales grew by 2.3%, 4% and 4.3% in 2016, 2017 and 2018 respectively, as compared to a global economic growth of 2.8%, 3.3% and 3.2%. Faced with this higher growth in drug expenditure, driven not only by wider access, but also by higher unit prices, public authorities and private insurers are pressuring laboratories and biopharmaceutical companies (biotechs) to reduce their prices.

Furthermore, new therapies coming on the market to treat relatively rare and often fatal diseases are further contributing to this inflation. For example, Novartis’s Zolgensma, which was the subject of a scandal over clinical data manipulation, should be borne for USD 2.1 million over four years for the treatment of children’s muscular atrophy.

In the United States alone in 2019, 3,400 drugs saw their prices go up (a 17% rise in the number of drugs that experienced increases according to Rx Savings Solutions, a health insurance consultant) for price growth of 10.5%, four times more than inflation for the same period. In the case of 41 drugs, price increases exceeded 100% (i.e. the price doubled in the space of a year), while the price of Eli Lilly’s Prozac rose by 880%. These increases and the lack of transparency in pricing by pharmaceutical companies have led political representatives, in either the administration or Congress, to take up the issue to ensure that US prices are more in line with international standards. These questions are at the heart of the Democratic primary debates and are expected to be an important topic during the US presidential campaign, in which, as he campaigns for re-election, President Trump will have to make credible proposals in this area, given the inability of his administration to abolish Obamacare.

The question of transparency also arises for biotech companies, which set prices according to what payers can bear financially. Calls for greater transparency from pharmaceutical industry players are coming not only from the United States, but also from around the world. In May 2019, the World Health Organization (WHO), under pressure from NGOs, requested that drug companies disclose their methodology for setting the prices charged to payers. Although not binding and not upheld by some large countries, including the United Kingdom and Germany, this resolution is a first step towards more transparency in one of the fundamental aspects of negotiations between payers and the pharmaceutical industry as a whole.

Payers have certain tools at their disposal to limit the budget impact of expensive drugs. In addition to having policyholders share in payment, payers, particularly in Western Europe, have set up cost-benefit assessment systems for each therapy. This value-based approach allows the UK’s National Institute for HealthCare Excellence (NICE), for example, to refuse to reimburse a drug if it does not significantly improve the survival or quality of life (measured in monetary terms) of patients in the National Health Service (NHS) England. These methodologies are increasingly being implemented in emerging countries, particularly with regard to certain pilot programs of private health insurers, who see this as an opportunity to reduce, with generics, the costs of public health systems. Emerging countries are seeking to roll out nationwide public health insurance schemes rapidly (especially in poorer rural areas) with a controlled spending trajectory. Developing and implementing cost-efficiency measurement schemes is part of this objective.

Some US states have set up these types of valuation systems to limit prices.

Although pharmaceutical companies are facing pressure from payers, they still managed to generate net margin (net profit as a percentage of sales) of 8% in 2018, which was admittedly down by 3 percentage points compared to 2017 (11%). However, their net debt as a percentage of total assets continues to grow steadily, due to an ambitious biotech acquisition policy conducted with a view to obtain innovative and potentially profitable therapies. Net debt rose from 7.3% in 2015 to 15% at the end of 2018, and will continue to increase in the coming quarters thanks to the high valuation levels of these companies. The interest in acquisitions for pharmaceutical companies is a consequence of the expiry of patents for a number of high-selling drugs, but is also aimed at gaining critical mass in certain key therapeutic areas such as oncology or immunotherapy, which is showing promising results. The acquisition by Bristol-Myers Squibb (BMS) of the biopharma company Celgene in 2019 for USD 74 billion is a good example. AbbVie’s acquisition of Allergan for USD 63 billion is another. The resulting therapies are driving the cost inflation for payers mentioned above and offer near-exclusivity in treating a specific type of disease. Pharmaceutical companies are partly financing these takeovers by selling units that are not considered to be in line with the core business. For example, Eli Lilly has floated its animal health subsidiary in order to finance its “refocus” on oncology and to offset the loss of patents for two blockbusters (Humalog and Cialis). According to a 2019 Reuters study, a blockbuster can generate up to 20% of a pharmaceutical company’s total revenue, demonstrating the importance of renewing the pipeline. As a result, an increase in net debt, combined with greater price pressure (particularly from US policies) and legal difficulties, are causing the segment’s risk profile to deteriorate.

The valuations of biopharmaceutical companies reflect the fact that net margins fell to 13% in 2018 compared to 23% a year earlier. Like pharmaceutical companies, biotechs have to deal with less accommodating payers in terms of drug reimbursement levels. However, their net debt is lower: 4% in 2018 compared to 7% in 2017. They are ideal targets for pharmaceutical companies because they have more profitable drug and therapy portfolios, as they are positioned in therapeutic areas considered essential by many in the industry. However, it is important to recognize that this segment is somewhat heterogeneous, as some biotechs are failing to obtain regulatory approval for their molecules due to a lack of positive effects or potentially fatal side effects observed in tests. Another obstacle may arise if molecules fail to generate sufficient sales against an established competitor. Marketing and commercialisation expenses, aimed at encouraging doctors to prescribe drugs, may influence outcomes but do not offer a sufficient guarantee. Moreover, they may also generate negative publicity, something that industry players want to avoid at all costs.

The most at-risk segment in the pharmaceutical sector comprises distributors, including wholesalers as well as pharmacy chains. They are bearing the full brunt of the price reductions demanded by public and private payers, while their fixed costs are high due to their fairly dense and specialised distribution networks, which have to cope, for example, with the fact that some drugs must be delivered quickly, regardless of their destination, while respecting strict packaging standards. Volume limitation policies could also have an impact on distributors’ business. This sub-sector is already the most fragile. Net margin was 2.3% in 2018 compared to 2% in 2017, which is much lower than that of pharmaceutical companies and biotechs. Meanwhile this sub-sector has the highest net debt-to-asset ratio, which reached 14.8% during the same period. European and Chinese wholesalers have a higher risk profile. In addition to the drastic price reduction policies underway in the area, European wholesalers must also meet tougher standards and regulations. Complying with these rules generates higher costs and affects profitability. In China, the central government is seeking to clean up the segment, which has been hit hard by non-transparent practices and the presence of intermediaries that have pushed up prices. The “two-invoice” policy makes it easier to monitor transactions: an invoice is issued by the producer to the distributor, which then invoices its customer (hospital or pharmacy) giving explicit details of prices and volumes. Coface expects that some distributors will be eliminated as transparency increases.

Note for the reader: In the pharmaceutical sector, a "payer" assesses, negotiates, and pays for medicines on behalf of patients.